'Sveti Stefan', one of the most attractive and most exclusive resorts in the Mediterranean, is located at a distance of 2km from the property. It was created by the adaptation of stone houses on the island, built more than five centuries ago to protect the population from the surrounding villages in the event of an attack by pirates and Turks. After the surrender, in 1442, Paštrovići grounded an island from the prey of Turkish galleys and built twelve houses, one for each tribe of Paštrovići. This small place was named after the church on the top of the island, dedicated to the world architect Stefano. On the island there are still churches of St. Preobraženje and St. Aleksandar Nevski. Sveti Stefan was a fishing village for centuries, until the mid-1950s, when it was adapted to the luxurious hotel resort. The city-hotel was opened on July 13, 1960, and for decades it has been a hub for celebrities from all over the world-crowned heads, writers, actors, scientists, politicians and rich sheiks. Entrance to the beaches and the island of Sveti Stefan is possible at an additional cost.

Kamenovo beach is home to a series of about 16 small, very attractive beaches of the Budva Riviera, on the way to Perazića dol. It is located between Becici and Przno, the coast is sandy, as well as the sea bed, which gives crystal clear water an unusual, turquoise and azure tone. It is oriented towards the southeast with a large number of sunny hours. Beach Kamenovo is about 730 meters long, it has a beach bar and restaurant. Guests can rent deck chairs and a beach assortment for an extra charge, and can also use the other part of the beach that is not paid.

The beach Drobni Pijesak can be reached by car, it is about 6km or 10 minutes drive away. When you head towards Petrovac, before Rezevici, at the sign for Drobni Pijesak, turn right to the beach. A narrow steep road will lead you to a parking lot that costs about 3 euros per day. The beaches are rocky, about 240m long, and the turquoise color of the sea and the purity of the water will make you love it. Guests can rent deck chairs and a beach assortment for an extra charge, and can also use the other part of the beach that is not paid.

The Miločer beach is located below the former summer house of the royal family Karađorđević, built in 1934, with a wall separated from the main road with two gates, one towards Pržno and the other at the exit towards Sveti Stefan. The beach is 280 m long, and in the hinterland there is a 18-ha milch forest, with rare exotic species of trees, such as Lebanese keder, tropical mimosa, Japanese medlar, cacti, agave ... The Miločer beach belongs to sandy beaches of high category and with beautiful hinterland and an exclusive hotel, it represents the perfect work of nature and human hands. During the summer season, the beach is paid.

In 1935, the Bečići Beach received "Grand Prix" in Paris and was declared the most beautiful beach in Europe, and thirty years later it also received the Golden Palm as the most beautiful beach of the Mediterranean. It is about 2000 meters long, with a surface of approximately 99,000 square meters. It is peppery and is especially known for its colorful sand, derived from the yield of stones from four streams. The most attractive is the "Green (Blue)" rock, at the very entrance to Rafailovići. It is one of the beaches with the cleanest water on the Montenegrin coast. The beach stretches from Zavala to Cape Đevištinje, it is divided into several parts managed by hotels for their guests and parts for locals and other tourists. It is surrounded by hotels of the highest category and excellent restaurants of national and international cuisine. The long walkway along the beach leads to Kamenovo on one side and to the Old Town on the other side. Like many other beaches, there are leased areas where umbrellas and deck chairs are paid, and there is also a part of the beach that is free.

The Galija Beach is located within the camp "Red Head", near Sveti Stefan. The Red Head consists of seven smaller beaches, about 500 meters in length. This beach complex is characterized by reddish rocks and sand. They are surrounded by Mediterranean vegetation, forests and rocks. Beach Galija can be reached by car, it is decorated and equipped with a complete beach assortment. Many consider this one of the most beautiful beaches in the vicinity of Budva. 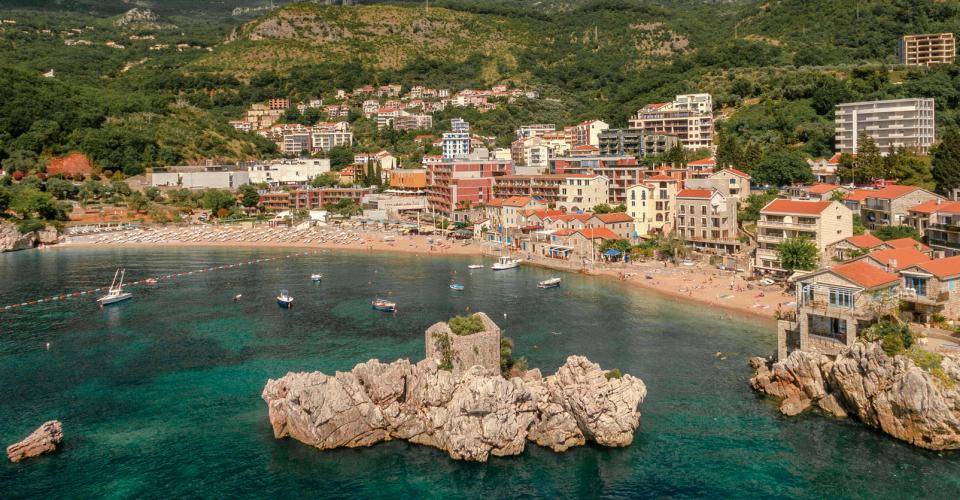 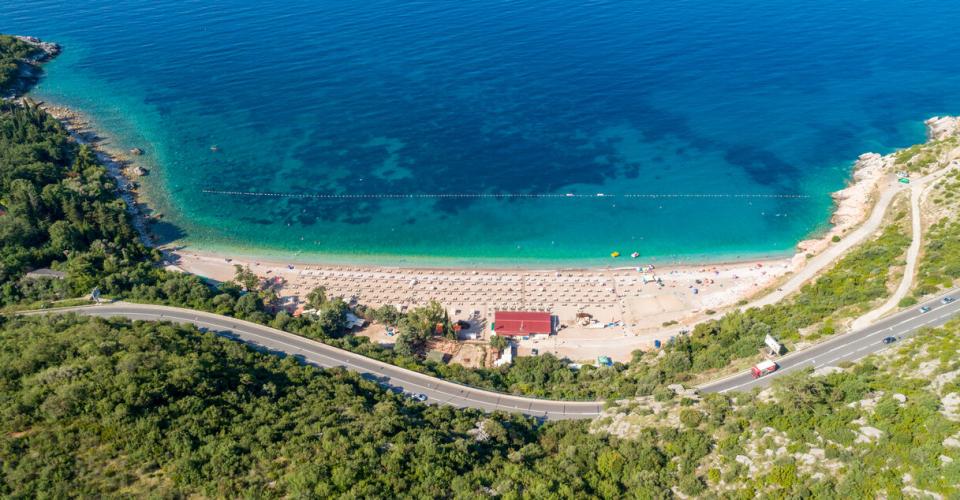 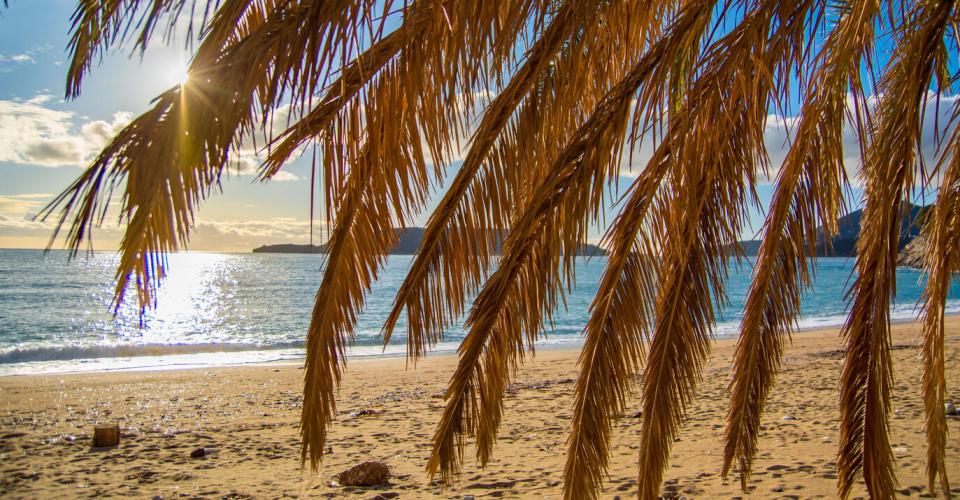 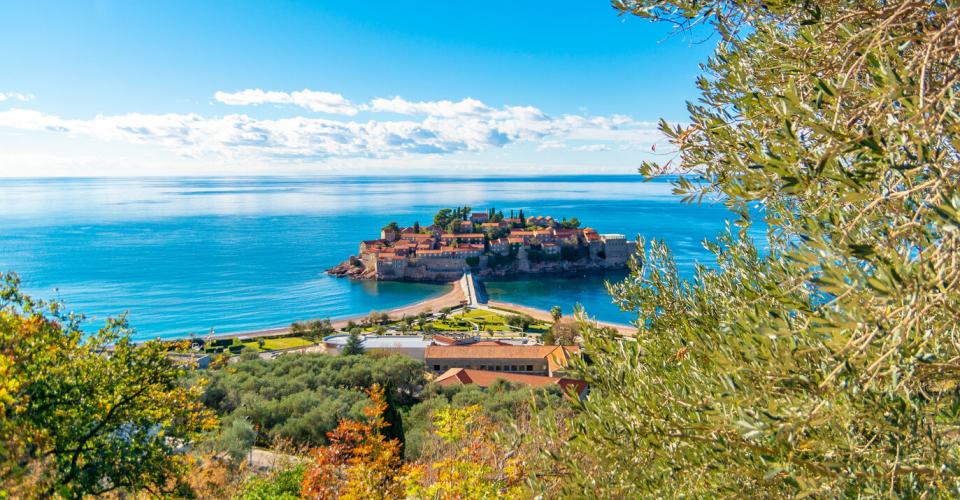 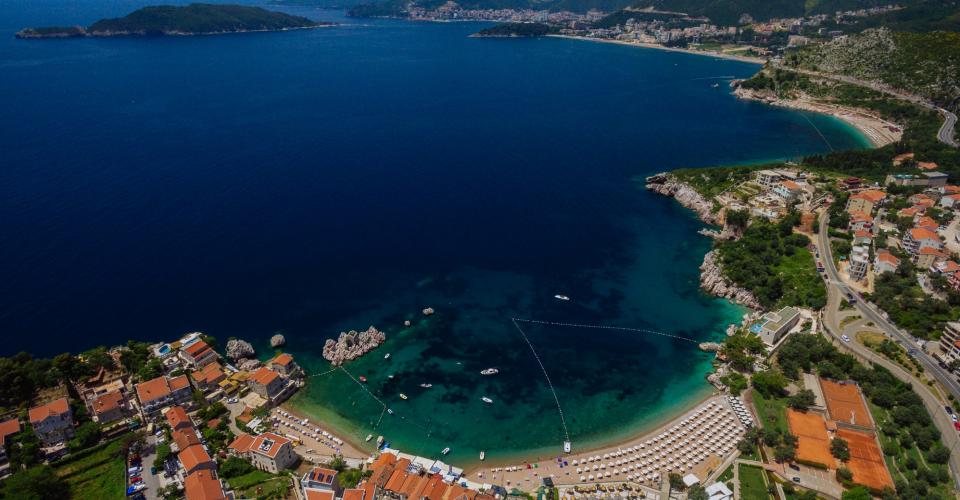 Pržno beach is located in front of the same picturesque, typical coastal town. It extends from Cape Pržno to Cape Miločer. Przno is a combination of sandy and part of a rocky beach, 350 meters long. The hinterlands are made of olive trees of exceptional value, which makes the entire locality in the list of protected nature reserves. In the immediate vicinity is the hotel "Maestral", and several ambience taverns and cafes offer exceptional gastronomic moments. Here you can enjoy the magic of the exotic sunset. Most of the beach is leased by the beach bars and guests can use the beach facilities for an extra charge.
© 2021 Apartments My Pržno. All rights reserved.
Powered by HSS